No, she doesn’t put dogs on the couch, but Bronagh Daly knows how to read their body language to steer them toward happy, active lives. 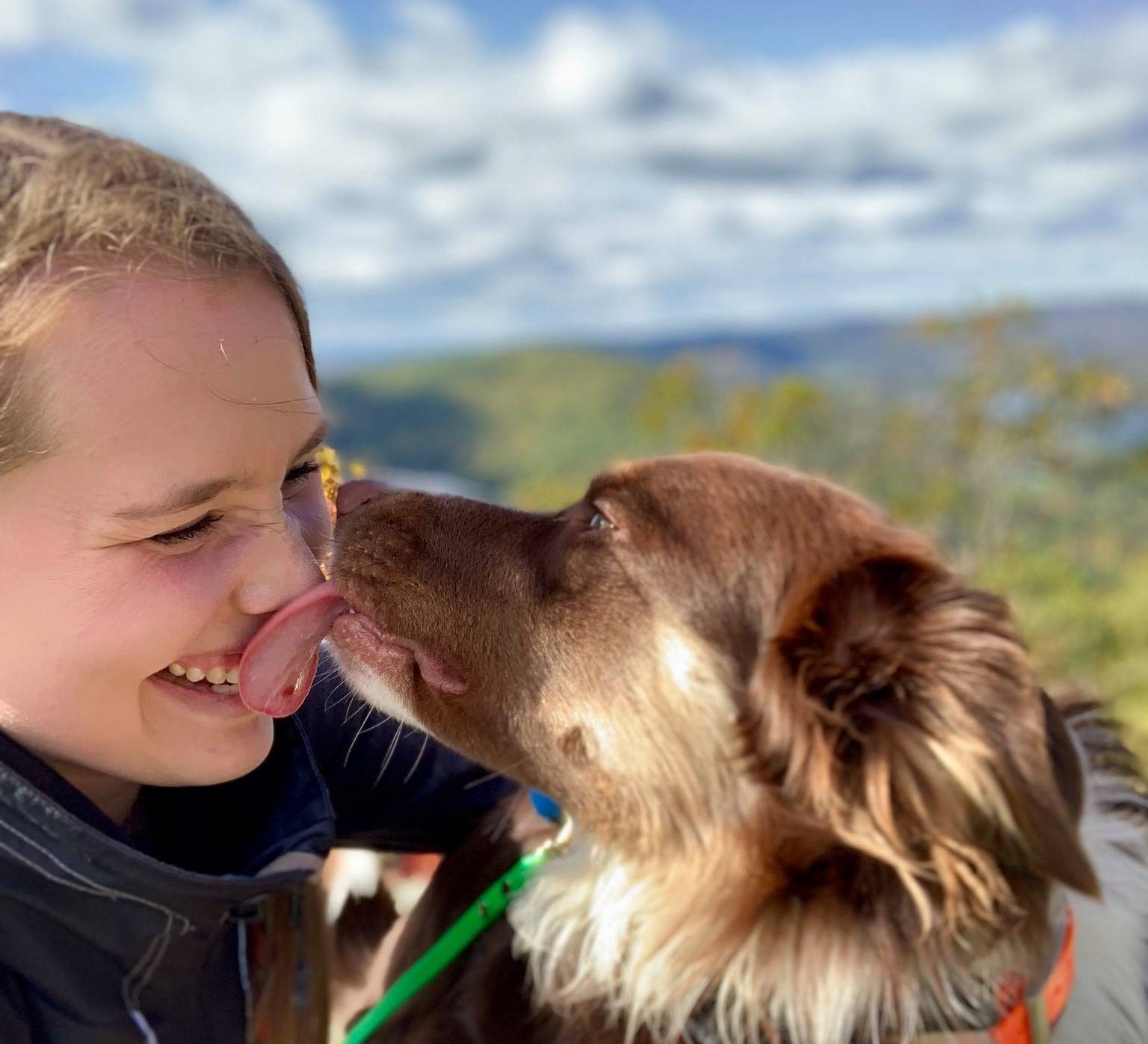 Just a few years ago, Bronagh Daly was studying Shakespeare as a theater major at the University of Chicago.  Today, she runs a lively dog training and photography business based in southwest Connecticut, Five By Five Canine.  She works with dogs of all ages and types, but she’s especially experienced at training dogs with “big feelings,” as she says in her gentle way.  For most of us, that means a dog that barks too much or bites or chases cars.  For Bronagh, that’s simply a dog that needs a productive outlet for its energy and intelligence.

‍Was it jarring to go from analyzing Shakespeare to training dogs?

I feel there are connections between them—not literally, obviously, but in the thinking aspects.  For example, at U Chicago I took an improvisational playwriting workshop, which taught thinking on your toes and being creative, actions that I think translate into dog training.

Has the pandemic affected your business?

Initially, because Connecticut got locked down, I completely shut down.  But more recently, there’s been a huge boom in people getting dogs, sometimes because they were alone and sometimes because they realized they actually had time for a dog.  Suddenly, many more people out in the world with dogs are saying, wait, I don’t actually know what to do with this, I don’t actually know how to have a dog.  That’s been good for business.

Overall, what is the skill set for training a dog?

Understanding dog behavior is probably number one.  Dogs can’t talk to you, so body language is such a big thing. You need to be able to read the little intricacies — such as, how their tail adjusts a small amount or their ears move in a certain direction or how their muscles tense.

Most of the dogs I work with aren’t the cut-and-dry type that just need to learn to sit or lie down.  More often, clients tell me, 'My dog is afraid of the world’ or ‘My dog is terrified of cars.’  There’s never a case that’s exactly the same as another case.  So adjusting quickly, being able to tailor whatever skills you have to that particular dog, is a big thing as well.

And then there are just the mechanical aspects. Making sure the way you communicate with a dog is clear.  I’m a reward-based trainer and I like to lead the dog on the path to liking what is correct.  I think that is more productive for them mentally than pointing out what is wrong.  You need the mechanical skill to mark and reward the dog at the exact moment that they are in the process of deciding what to do — for example, the tiny moment that they pause between the bark and the lunge.

Does an individual dog always speak the same way?  Would a particular twitch of the ear always tell you the same thing?

No, with dogs, you have to take the entire body into account.  The way they move one part of the body can often mean something different from one time to the next.  People think of the Disney-ized version of dogs — that if a dog is wagging their tail, it means they’re happy.  But when a dog wags its tail, it can mean ten different things.  The way they communicate is much more intricate than the way we communicate.

How long does a typical training program go?

It depends on a multitude of factors.  It depends on the dog’s issues and the dedication of the owner, how much time they want to put into the homework.  You can teach a puppy to sit in about five minutes.  But your more difficult problems might take a couple months.

So homework is important.

A lot of dog training is about clarity and consistency.  You can’t desensitize a dog to something without working hard to go through all the different sets very carefully and then rehearsing the different sets.  A really good example is recall training — teaching the dog to come to your call.  If you’re not putting in a lot of repetitions, you’re not playing recall games, you’re not putting in that layer of reinforcement history, your piece of chicken is never going to be more exciting than the deer running through the woods.

I've seen an incredible video of you running dogs through agility courses — it looks as if the video has been speeded up.

I love agility, I’ve been doing agility since I was 16, long before I got into the behavioral aspects of dog training.  And I teach agility training as well.  Dogs really thrive on having a job, especially any kind of working dog.  And so giving them agility as a job makes them have a purpose, and it could be anything — herding cattle, hiking in the woods, whatever it might be.  [You can view the video here.]

Part of that is just the way many dogs are bred.  Like a border collie — they were bred to control things, to herd things.  Because they are bred to do that, their brains crave some kind of job to dig into.  I always say that if you don’t give a dog who needs a job a job, they will find one for themselves, like running the fence line of the yard and barking at every single thing that goes by.

You talk of dogs having “big feelings,” with problems such as general anxiety disorder or a tendency to be easily distracted.  That makes dogs sound very human.

There is a lot of overlap.  For a long time, people thought dogs didn’t have emotions, and they very much do.  Dogs are complicated social beings that have huge emotions.  One of my clients jokes that I’m her dog’s therapist.  But a big part of dog training is also training the humans to recognize those things in their own dogs, helping them understand that the dog is not just being a nuisance, that there are reasons and emotions behind what the dog is doing.  As a dog trainer, it’s important to remember you’re not just there to focus on the dog, you are also there to make the humans feel understood, and make the humans feel heard.

I wish you could be my therapist.

I do think dog trainers would make good therapists. 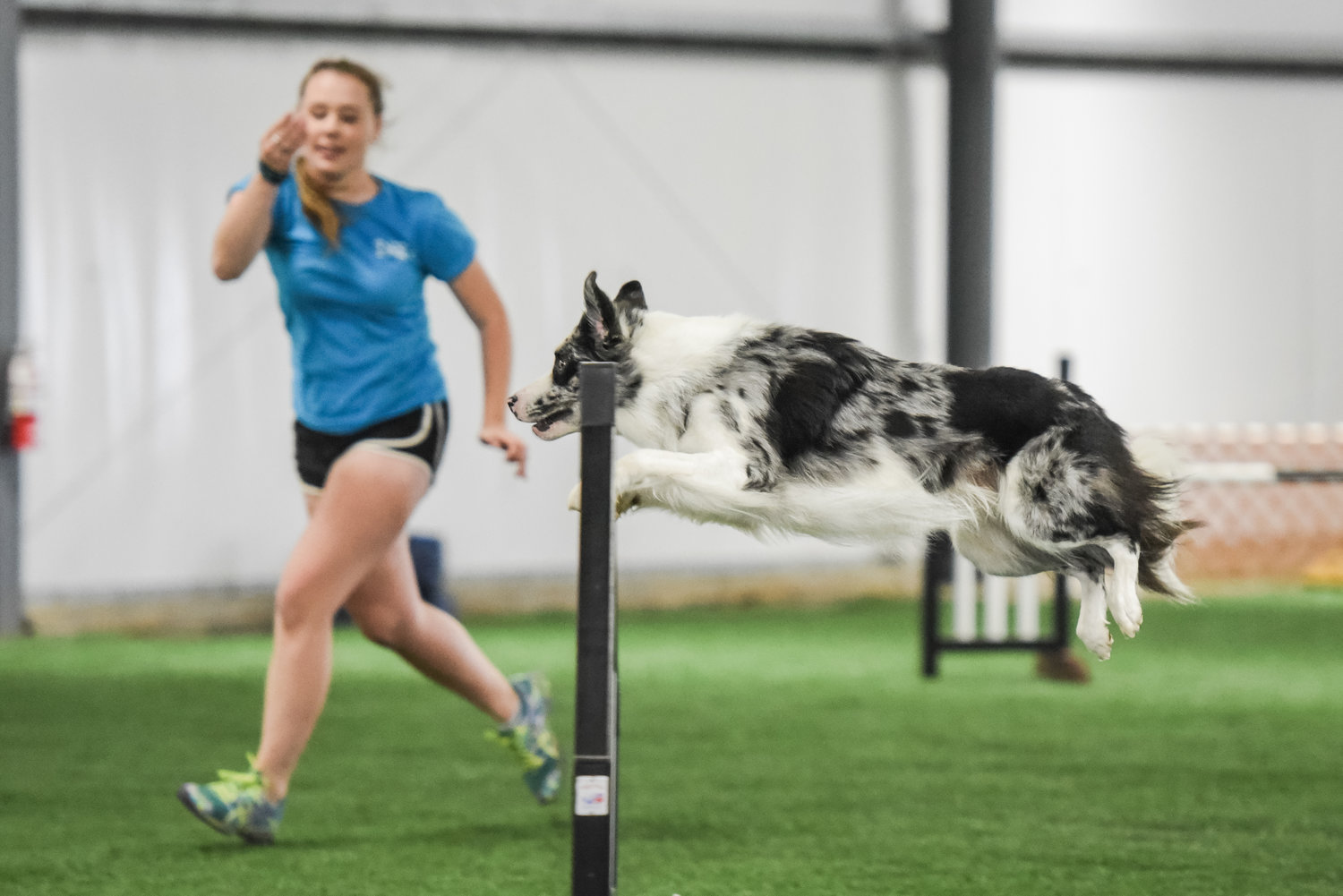 You have to trust each other to run an agility course.  To train the different obstacles, to teach the verbal signals, there’s a lot of bonding in agility.  And I find it ridiculously impressive that the dogs that run so fast are able to think as fast as they are moving.