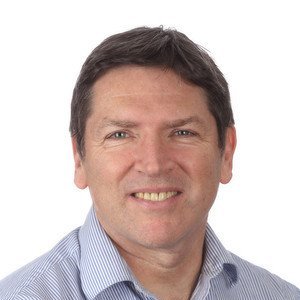 Paul Reynolds is an editor and writer who specializes in content to help consumers at all stages of the buying journey. His specialty content areas include technology (he was the long-time Electronics Editor at Consumer Reports), privacy, and personal finance. He thrives on editorial strategy and reinvention, and has held senior editorial roles at the successful startup enterprises ValuePenguin and TopTenReviews. He is currently the Insurance Editor at Money.com.

Born in the UK and raised in Canada, Paul served as Editorial Director of Canadian Consumer magazine before moving to New York in 1993. Career diversions include being a music officer at the Canada Council for The Arts and editing for the Rome Daily American during a year of work and travel in Asia and Europe.

Paul has served on the boards of several arts organizations, programmed concert series at the Ottawa Jazz Festival, and hosted long-time jazz and folk radio programs. He’s currently a board member for the Narcolepsy Network, the support group for those with this rare chronic disorder, who include his oldest daughter Anna.

A career mostly spent judging, and crafting content about, products and services that people depend on has left me with a deep commitment to precision and accuracy - but also for how dialogue between people provides context and reveals truths that data alone cannot yield.

Board member for advocacy group for this condition

President of the co-op board

Board member and programmer