The Fortune 150 CEO in the Classroom

Trevor Fetter talks about what it takes in the top job in business, his 35-year marriage and a new life as a dedicated teacher. 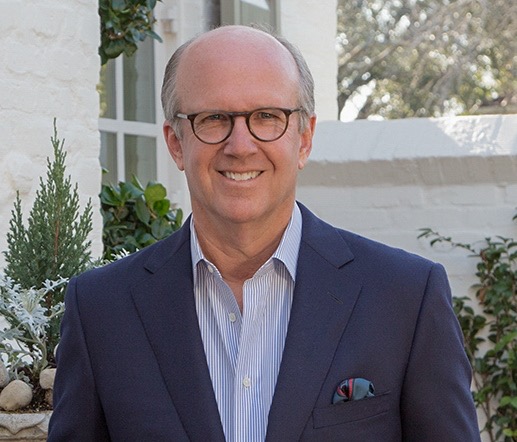 Level-headed and approachable, Trevor Fetter’s combined West Coast and East Coast backgrounds, and a dry sense of humor, have helped carry him through an extraordinary career.

HOW DID YOU BECOME A FORTUNE 500 CEO?

After graduation, like many in our class I became an investment banker and went to work for Merrill Lynch in New York.  I wanted to move back to California, where I’m from, and transferred to the Merrill Lynch office in LA.  There I had clients in many industries but primarily health care and of course entertainment.  Eventually I became an executive at MGM.  Then I was CFO at Tenet, a former health care client, for 7 years.  I left to lead a spinoff.  During that time, Tenet got into serious trouble and the CEO left.  The Board asked me to come back as CEO.  At that time Tenet was in the top 150 of the Fortune 500 and I had 120,000 employees. I was 43.

SO, IN THE FIRST 20 YEARS OF YOUR CAREER YOU WERE AN INVESTMENT BANKER, CFO, INTRAPRENEUR AND TURNAROUND GUY?

Yes, although I didn’t go looking to be a turnaround guy.  That’s hard and unpleasant work, but it can be very rewarding.

Coincidentally I co-taught a new optional course last month called “The Life and Role of the CEO”.  It’s a job unlike any other. There’s the accountability, the pressure, the ultimate responsibility.  You’re at the nexus of all the debates about stakeholder and shareholder capitalism.  However, for the CEO this is not an academic debate.  You must decide.  Balancing the long-term and short-term is not a writing challenge.  It is your problem.

No one is fully prepared to be a Fortune 500 CEO.  It’s a 24/7 set of responsibilities and you must learn how to cope.  You have to be comfortable speaking, meeting staff on the front lines, dealing with the media, answering to shareholders, being under pressure constantly.

The most common previous roles are COO, CFO, and division president, but none of those are sufficient.  You find your own way.

For the first time, you have no single boss.  You report to a Board.

There is intense attention paid to what you say or do, including whether you walk into the office with a smile or a frown on your face.  Your personal choices are no longer completely your own.  There are constraints on your personal behavior.  If you can’t accept that, don’t take the job.

In the recent course, we polled students on their motivations.  I was pleased to see students had the right motivations – “have an impact on strategy and culture, set policy, reduce inequality and enhance diversity”.

Their fears were also the right ones – fears of not performing, of the job becoming all-consuming, impact on personal and family life and even “losing myself”.

No, not at all.  That’s partly because I was there for 14 years, which is an unusually long time. The average tenure is closer to 6 years, and there is often an expectation to move on at 10 years.

Many people who do miss it, though, feel lost outside of that job, or can’t wait to do it again. That will depend partly on age, length of tenure and other interests.

WHAT ABOUT THE POWER AND THE GLORY?

It’s not just the power and the glory, it also the compensation.  The CEO is usually paid 2X more than the next highest paid executive, and you know about the publicly documented 200X multiples versus the average employee (in the case of Tesla, it's 46,000X).

Power, glory, and money are all potentially corrosive, and may lead to big regrets.

I should also point out on behalf of CEOs everywhere that the top 25 hedge fund managers together are usually paid more annually than all Fortune 500 CEO’s combined, and they pay income tax at half or less the rate!  That’s the real money.

We emphasized to students in the course that if money, power, and glory constitute your motivation to be a major CEO, you are in danger.

WHEN YOU WERE CEO AT TENET, I WOULD OCCASIONALLY E-MAIL YOU, MAYBE EVERY 3-4 YEARS, ON VARIOUS TOPICS.  TO MY ASTONISHMENT, YOU WOULD INVARIABLY REPLY THE SAME DAY.  WAS THAT COURTESY TO A SECTIONMATE, OR IRON ADMINISTRATIVE DISCIPLINE – GIVEN THE DEMANDS OF THE JOB, YOU COULDN’T AFFORD TO FALL BEHIND?

A little of both – I did have a personal e-mail rule.  From within the organization, I would respond within 24 hours.  From someone with whom I had a connection, as soon as I could, and I didn’t feel any obligation to respond to unsolicited random emails from people I had never met.

To my astonishment, I get as many or more e-mails as a professor at HBS as I did as CEO at Tenet!  I’m teaching two required courses, each of which has 10 instructors in the teaching group (there are now 10 sections in each first-year class), so at any given time I have 250 current or recent students.

My epitaph may read “He replied to every e-mail”.

ANY ADVICE FOR PEOPLE IN THEIR THIRTIES WHO MAY BE TRYING TO BREAK OUT OF MIDDLE MANAGEMENT AND MOVE INTO THE UPPER ECHELONS?

Work Hard.  Be noticed.  Be prepared for opportunities when they occur.  You can’t plan those.  They happen in unpredictable ways – a new business direction for a company, a surprise retirement, an organizational restructuring.  Set up your own operation such that you have hired good people who can succeed you when you move on.  That way bosses will believe they can pull you out without damaging your unit.

Other than the title and who calls the meeting to order and asks for a motion, there is none.

I enjoy it a lot.  I’m learning the craft of teaching.  It’s fun.

I’m teaching a course called “Financial Reporting and Control”.  The Control course we took as first year MBA’s was primarily Accounting.  Now students who have no accounting backgrounds are required to take a summer online course.  So, after the first month we can get to larger control, government reporting and regulatory issues.  Sometimes I’ve had to brush up on my debits and credits.

My second course is “Leadership and Corporate Accountability”. It’s about ethics and the law, and responsibilities to investors, employees, customers, and society.  Traditionally that material has been taught in the context of risk mitigation and avoiding corporate harm.  Now we see it as an opportunity to do good, for example reducing inequality and addressing climate change.

One implication from these courses, to return to the question about the CEO job, is that one way to define it is that you get the gray area decisions that no one else is empowered to make.  The black and white questions have already been decided lower down in the organization.  Now it’s your turn.

MY PERCEPTION IS THAT HBS IS A KINDER, GENTLER PLACE THAN IN THE 1980’S WHEN WE WERE THERE.  ANY TRUTH TO THAT?

Yes.  Students are quite evolved and far more diverse.  An entering class nowadays is 40% from outside the U.S. and 47% female.  Third, a horizontal career shift is now the primary motivation.  In the 1980’s, the consulting firms and investment banks would not allow upward progress without an MBA.  Now they do.  It’s really a different group of people who are trying to change their careers rather than progress vertically in their jobs.

We still cold call, though.  There’s the fairly warm cold call (“I’ll come back to you on that topic in a minute”), the opening cold call which we knew and loved (“Ms. Smith, please open the case”) [in front of 90 competitive sectionmates], and my favorite, the mid-class cold call when the students think they’re in the clear.

YOU WERE ALREADY MARRIED TO MELISSA, YOUR STANFORD CLASSMATE, IN THE FALL OF 1984 WHEN WE MET IN SECTION I, SO YOU’VE NOW BEEN MARRIED FOR MORE THAN 35 YEARS.  IN TODAY’S WORLD, THAT’S ALMOST AS GREAT AN ACHIEVEMENT AS BECOMING A FORTUNE 500 CEO.  ANY ADVICE?

Yes, we were married in the summer of 1983.  I’ll pass on the invitation to act like Dr. Phil, but I will say that although I’ve never seen any hard data, I would speculate that the divorce rate is higher among CEOs.  Clearly in any marriage where one party is completely immersed in a job, strains in the marriage will not help.  The other party must be fully supportive with logistics and parenting and engaged in their own activities.

YOU ALSO HAVE TWO GREAT KIDS. WHAT ARE THEY UP TO?

My daughter graduated in May from HBS.  I had wanted to teach Section I, but she had already been assigned to section I, so I couldn’t.  She studied Sociology at Stanford and is active developing rules for stakeholder capitalism and ESG (Environmental, Social and Governance) principles for an asset manager.

My son also went to Stanford and is an artist in New York.  He’s apprenticed to a successful artist.  He’s learning the trade of being an artist while he builds a body of work of his own.  He has talent, and it’s a lot of effort to demonstrate it and get noticed.

FOR THE MAN WHO HAS IT ALL, IS THERE ANYTHING MISSING THAT YOU WOULD LIKE TO SEE HAPPEN IN THE NEXT 10 - 20 YEARS?

I’m intensely focused on learning how to be a good teacher.  As you know, teaching is not easy.

You learned about the prudent man rule in law school.  I’ve learned that a prudent man never misses an opportunity to keep his mouth shut.

My wife is central to the story. 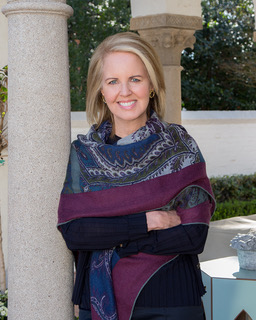 "With Melissa’s support and encouragement, I’m committed to being the best possible teacher.”