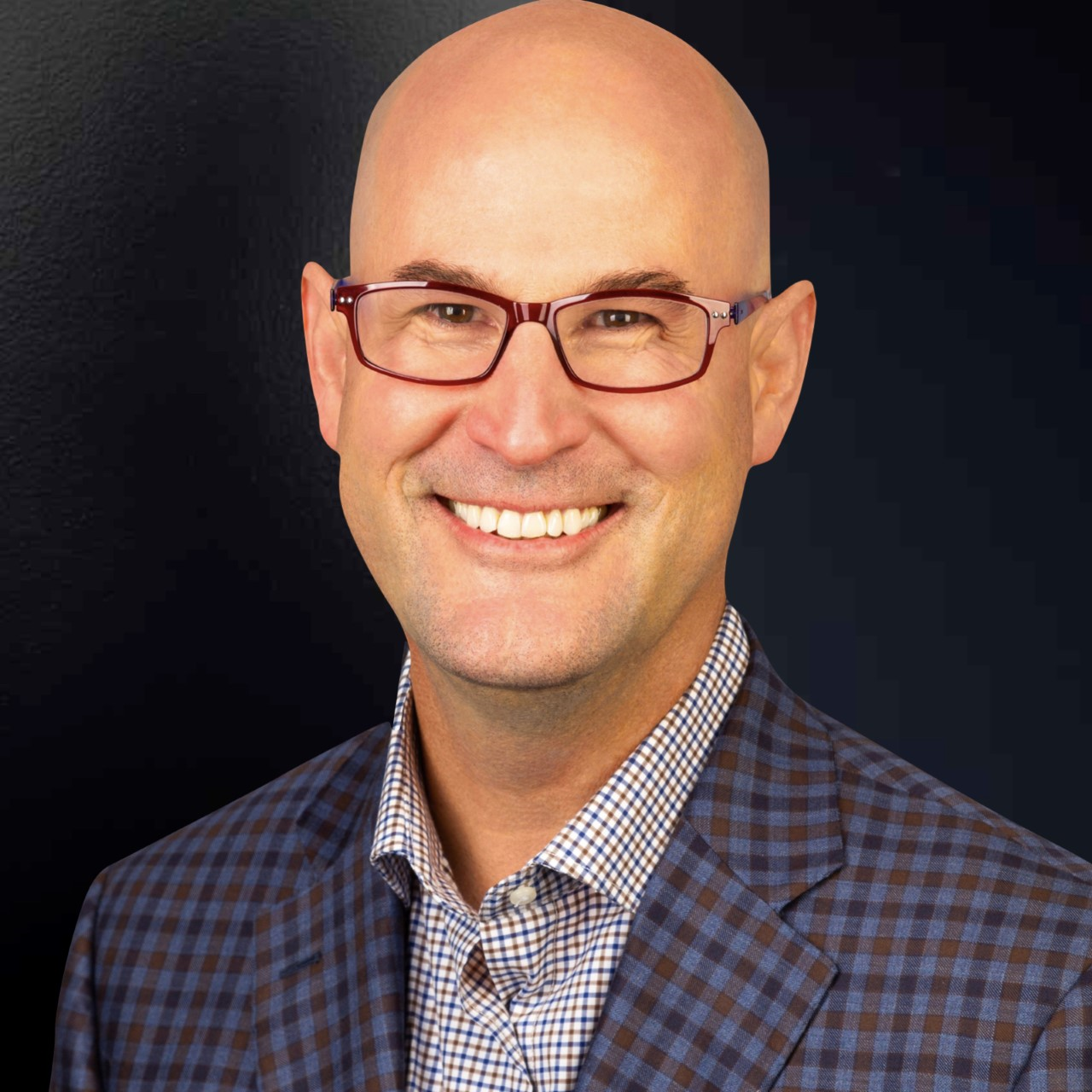 ‍Stan Phelps is a speaker, storyteller, author and entrepreneur who has visited sixteen countries to share his wisdom about how companies grow through what he calls a “Differentiated Experience.”  Nearly ten years ago, he had an epiphany related to his love of marketing and branding that led to a series of books and, eventually, a thriving speaking and workshop business. We recently sat down with Stan to find out how this all happened, what a Purple Goldfish is and why one of his first stops in every new country he visits is McDonald’s.

You’ve built an impressive global speaking and workshop business, one that started essentially because of an epiphany.  How did that come about and evolve?

Around 2008 I decided to start a blog, probably like a lot of other people, and I decided to spend a year solely focused on every topic I could think of in marketing.  I wrote a series of 50 posts centered around 50 marketing axioms, and I was very specifically trying to look for one thing, but by going very wide.  One of my posts was around a concept called lagniappe, which is a creole word that Mark Twain spoke about during his visits to New Orleans. It means “the gift.”

Anyway, around this time, I met this guy at a networking event, and it was clear while we were talking that he was waiting for someone. And he said to me, “You know, there’s no such thing as being on time. No one is ever on time. People are either early or late.”  And it was literally like a light bulb went off.  That was one of the things I had been writing about, the idea that marketing was beyond just the prospect, that marketing should also be about the customer and the relationship that you create. The falsehood that many people had was, “we simply can set out to meet the expectations of the customer.”  And that’s exactly like being on time, you’re either early or you’re late. So, that became the jumping off point of wanting to explore this deeper, to find companies that specifically were doing the little extras to exceed expectations for the customers they have and the experiences they create for them.

It’s this idea of what I now call “DX” or a Differentiated Experience, and it speaks to the reality that we're in today. The simple truth is that your brand is no longer what you tell people it is. With social media and how people speak, and how their voices are elevated, it's the differentiated experience that you deliver, it’s what you stand for, it’s how your customers feel about you, and most importantly, what your customers tell other people about that experience. That’s what your brand is now.

This eventually led to your first book, “Purple Goldfish.” Why a goldfish and why a purple one, for that matter?

An average goldfish is the size of your thumb. The world's largest is about 19 inches, which is six times the size of average. And if you break down the reasons why they grow, essentially - as a metaphor for business - the only thing you have control over is your genetic makeup, such as how do you set out to create a highly differentiated experience?

From a business perspective, the goldfish was inspired by Kimpton hotels, which understood the idea of what they called the guest experience. For a period of about 18 years if you stayed at a Kimpton, they would give you a pet goldfish for your stay. They called the program “Guppy Love.” Imagine if you had a goldfish in your room. You couldn't help but tell other others about that experience, but the goldfish is more interesting in that it is also relevant to me. It was my first pet. So, I love that as a little signature thing, that “little extra” or “gift.”

Purple is the color of differentiation, but more importantly it’s a reference to New Orleans and Mardi Gras. Purple is one of the three official colors of Mardi Gras and the lagniappe concept is customary for businesses in New Orleans, where you will get something a little extra thrown in for good measure. A “baker’s dozen” is a good general example of lagniappe.

For the book, I collected over 1,000 examples from companies like Kimpton, which was one of the most fun and memorable examples.

And that one book has now evolved into 15 more books, key note presentations in 16 countries and workshops.  What are you the proudest of as your business has grown?

My thinking has evolved, and this is what I’m proudest of.  I thought that the sun rose and set on one thing, the customer. I didn't know there would be additional books going forward. But I quickly realized when I looked at over 1,000 examples, that my “Hall-of-Famers,” the ones that truly lived by this idea of a purple goldfish, you know what they even valued more? Employees. It sounds simple, to say it now, but if you don't have team members who are engaged, that are able to deliver that experience and the feeling that you want to create, you're sunk. So, that was the Green Goldfish and very quickly, the third book was the Golden Goldfish. I used to think that you treat everyone the same in business, and that's about the stupidest thing you could ever think of, because with most businesses, 80% of profitability comes from just 20% of customers. Meaning 80% of the value that's created within an organization is created by just 20% of the people within it. Not to say that you treat anyone badly, of course; you should treat everyone fairly. From there, I spent a few years as an IBM futurist and saw the role that technology was going to play in both the customer and the employee experience. Then I explored purpose, and happiness, and now I’m doing the pink book, which I'm excited about because it really speaks to brand strategy.

Are there any misconceptions when it comes to the Differentiated Experience for any of these audiences?

People often get wrapped up in this idea of the little extra as something that is tangible or physical and many examples do fall into that category. It could be something simple that doesn't cost any money, and the ones that really stand out are the things that you do at the first impression or the last impression. Because we tend to remember the ideas of primacy and recency. It could be something as simple - and this doesn't cost any money - when you stay at a Four Seasons, they literally walk around the desk and hand you your key. It’s also about reducing maintenance to make it easier for customers to do business with you. For example, when you call an Uber, to manage that waiting process you can track the car that's coming to you right now. People don't mind waiting, what they mind is uncertainty. As long as you can tell them where they're at and manage the expectation, you're fine. Right now, Peloton is struggling with that because they're not able to fulfill the experience that they promised.

Learn more about Stan and the "Differentiated Experience" here.

I've enjoyed McShaker Fries in Malaysia, a breakfast platter with Spam in Hawaii and Wasabi Chicken Nugget sauce in Japan. 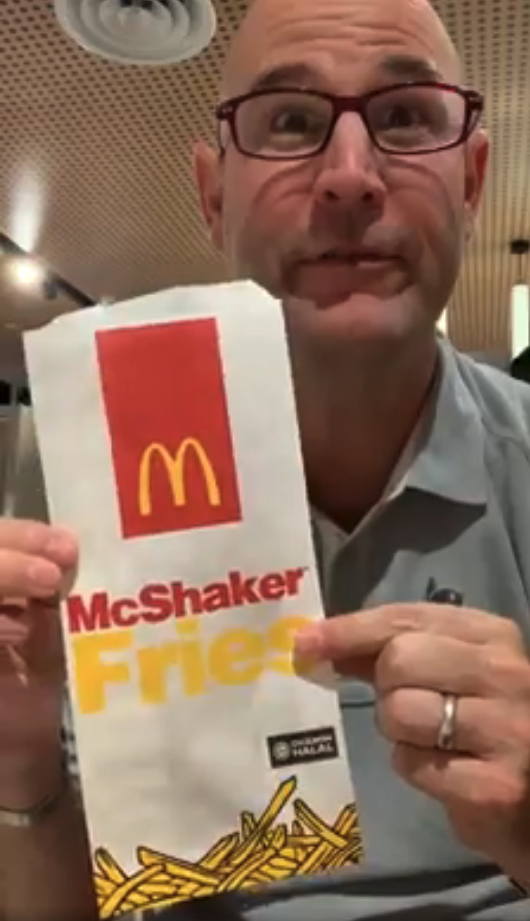 You have this unique, I guess you could call it a project, where you visit a McDonald’s in each of the countries you visit and then blog about it.  How did that start and what are some recent examples?

It started in Russia in 2000 or 2001 when I worked for Adidas. McDonald’s had opened its first restaurant in Russia only a few years earlier. As somebody who's a marketer and into branding, that was like a pilgrimage. I wanted to go and have a meal there and experience what it was like. I don’t know how it happened, but literally, one of the first meals that I would have and still have when visiting a new country is McDonald's. What’s amazing about the brand is that it's so consistent globally, but what's interesting is that there are always little things that are different about the experience that are unique to that country, whether it’s the food, the way they lay out the restaurant or the overall experience. Recently, I’ve enjoyed McShaker fries in Malaysia, a breakfast platter with Spam in Hawaii, and Wasabi Chicken Nugget sauce in Japan. So I'm fascinated by it and it's become a thing that I write about.