From Sowing Seeds to Healing Minds 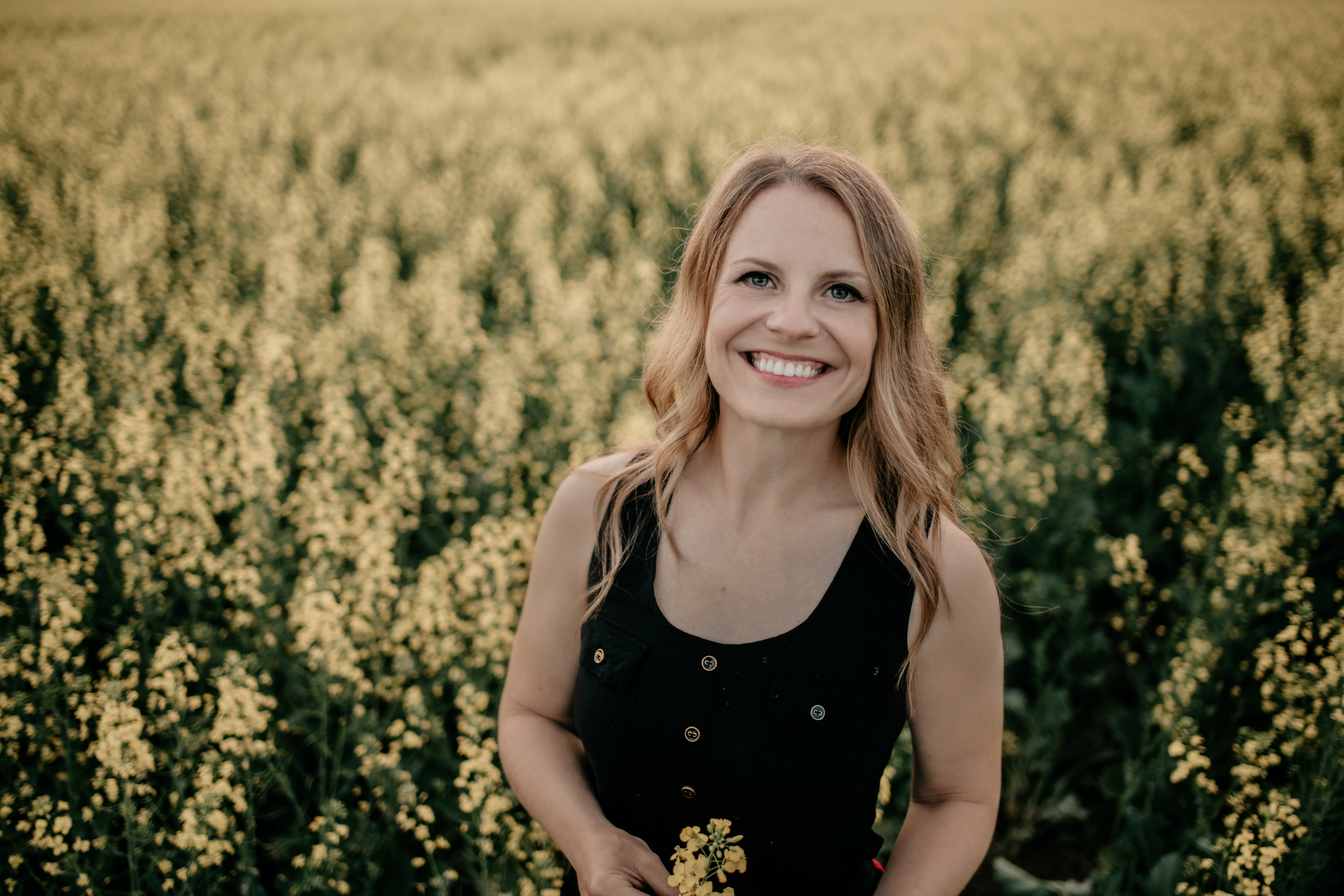 After years working as an executive with FarmCredit Canada, Lesley Kelly has returned to her family farm only to discover that there was very little accessibility to mental health care in rural parts of the country.  Her own personal and family experiences prompted her to pivot her career towards finding solutions to this problem which led to the development of her blog, High Heels and Canola Fields, and the co-founding of The Do More Agriculture Foundation.  The purpose of both the blog and the foundation is to provide encouragement and support for the mental wellbeing of Canadian farmers. We recently spoke to Lesley to discuss her career pivot and the inspirational factors that led her to champion such a noble cause.

TELL ME ABOUT YOUR JOURNEY TO GET HERE?

After graduating with a Commerce Degree from the University of Saskatchewan, I eventually came to work for FarmCredit Canada in Regina for about eight years.  I gave that up several years ago and now farm with my family: my mom, my dad, my brother, and my husband.  Our farm is south of Saskatoon in a small town called Watrous where we grow canola, lentils, wheat, and canary seeds.  I suffered postpartum depression after the birth of our second son, Copeland, in 2015.  That was about the time my husband, Matt, was dealing with anxiety and panic attacks.  It was also around that time that we were getting lots of rain and we had lost acres and we didn’t have a very good season for a couple of years in a row; so we were hit really hard financially.

During this time, Matt started to have escalated panic attacks.  He started to call the farm stress line. We started going to counseling together. And then, one by one, our entire farm was going to family counseling.  We realized we needed to go together to make our farm a success.  We had to make mental health a priority and do things differently.  We couldn’t keep going along the same trajectory.  We needed to help support each other.  So after a couple of years of really working hard and coming together to make the farm a success, we needed a really strong effort of being deliberate and in our communication.  This fostered a culture of support on the farm of gentleness, appreciation, curiosity, communication, empathy, and lots of self-care work with counsellors.  After a couple of years, that’s when Matt and I thought of helping others.

AND SO, IT WAS YOUR FAMILY’S PERSONAL STRUGGLE WITH MENTAL HEALTH THAT LED TO SOME PRETTY INTERESTING DEVELOPMENTS.  TELL US ABOUT THOSE.

As I mentioned, we were going through a really hard time, and we felt really alone.  We didn’t know where to go, who to talk to, and we were looking at social media, and seeing really successful farmers. Y et we were experiencing a really hard time.  There is so much self-worth tied in to what you do on the farm and how successful you are.  At the time, we were afraid to share or tell people what we were going through.  And that’s when we realized there is such a huge stigma of mental health within farming and agriculture as a whole.  We felt like we couldn’t tell our family or friends because of what they might think.  We were even afraid of what that could possibly do to our insurance.  We rent a lot of land and we were afraid that if our landlord’s knew, they would get out of our land contract and take away our land.  With that, we knew that there were deeply rooted concerns and issues with the stigma and access to mental health in rural areas.  We were lucky enough to get the type of help within the city of Regina, but there was very little outreach for farmers in more remote, rural areas.  It was very difficult for us at first to find the time to get the mental health counseling that was needed; and we knew others must be experiencing this as well.

And then, my girlfriend and a fellow farmer posted on Twitter in the summer of 2017: “Farm stress is real. Suicide is real.”  She posted this because a friend of hers had contacted her about a farmer who had committed suicide and after she posted her comments on Twitter, the tweet exploded, and there was an incredible response. The outflow of support was enormous but still considered somewhat surface-level.  So my husband and I decided to do a video sharing our journey of how we were going through hard times in order to give people the hope that we needed and that it does get better, and that there is help, and that it’s okay to not be okay, and really share that farmer perspective and farmer story.  After we produced the video, it became a further catalyst in opening the door for conversations and getting more help and resources to those who needed it.

Through the video, my husband, Matt, and I were able to reach farmers around the world, and it started to generate more and more interest for farmers to discuss mental health issues.

AND THEN YOU DECIDED TO TAKE THINGS A STEP FURTHER BY CREATING A BLOG AND A FOUNDATION DEVOTED TO RURAL MENTAL HEALTH AWARENESS?

Once we realized how great the response was for my girlfriend’s tweet and our video, we knew that there were many other farmers who were looking for help regarding mental health. We sat down and thought: “What can we do?” We did some research and found out that there wasn’t much mental health support for farmers in rural areas.  We realized that if we could get something together and help champion and bring awareness to mental health and agriculture, that was an important nextstep.  And then after that, we could help bring support to those who needed it.  So we decided to start a foundation and focus on a few things, like creating a central hub of awareness, and research to help reduce those barriers.

DESCRIBE A SCENE FROM YOUR VISION FOR THE FUTURE.

Generally, I would like to see more barriers removed such as fewer stigmas about mental health.  But specifically, I would like the agricultural industry to focus on mental health and get to a place where, when you need help from a counsellor or therapist, there’s nothing wrong with reaching out for assistance.  In sports, I’ve seen teams go from good to great when they’ve brought on sports psychologists.  And that’s how they’ve elevated their game.  And I hope that in agriculture, we can talk about a ‘farm-team’ who can be helped on the emotional and mental health front, and they’re viewed as part of the team to be able to help us with the endurance of the long days and long nights.  I would love to have more resources like better rural Internet access that connect farmers who have the courage to call a mental health professional.  It’s so important for counsellors to understand what farmers are going through and all the stressors they face on a day-to-day basis.  And if we could have more accessible mental health education and awareness, we could be both proactive and reactive in rural communities.

Our time on this Earth is short; I want rural families to be healthy and happy. 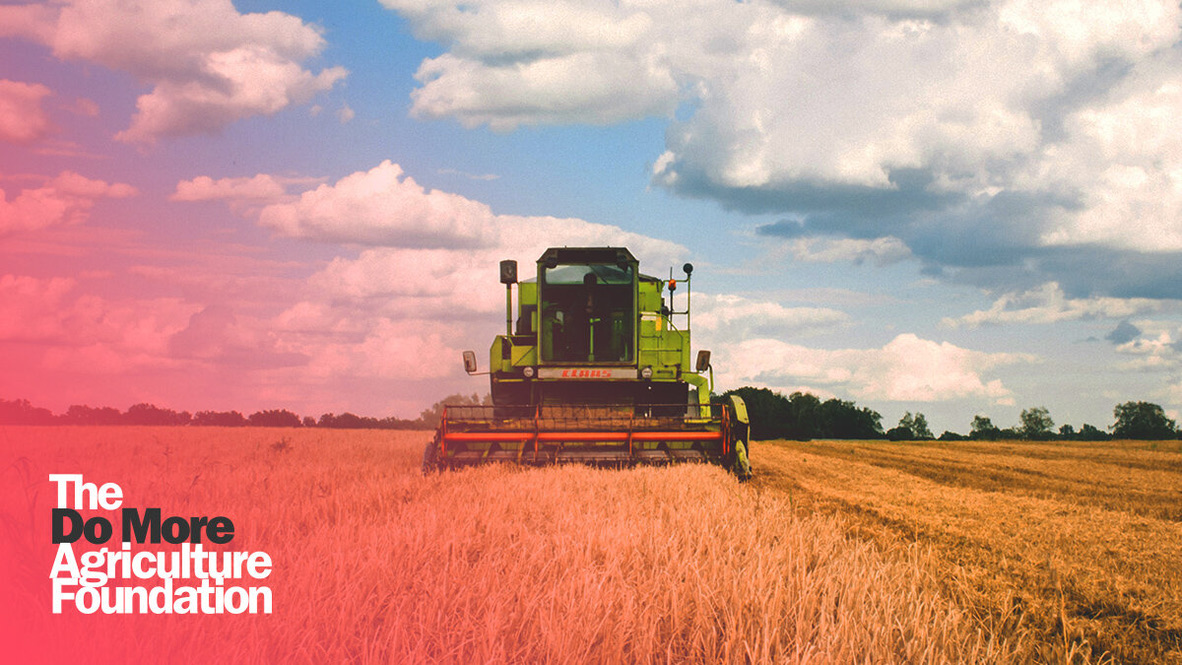 Do More Ag is a not-for-profit organization focusing on mental health in agriculture across Canada.  They champion the wellbeing of all Canadian producers and are changing the culture of agriculture to one where all producers are encouraged, supported and empowered to take care of their mental wellbeing.  Do More Ag operates under three pillars - Awareness, Community and Research - that drive their focus and efforts across the Ag industry.

"Farmers are more likely to participate in support programs offered by providers familiar with agriculture and that cater to the unique needs of farmers.”