Roots of a Mountain Symphony

For rising singer-songwriter Kelly Hunt, the year of COVID has been a creative godsend. 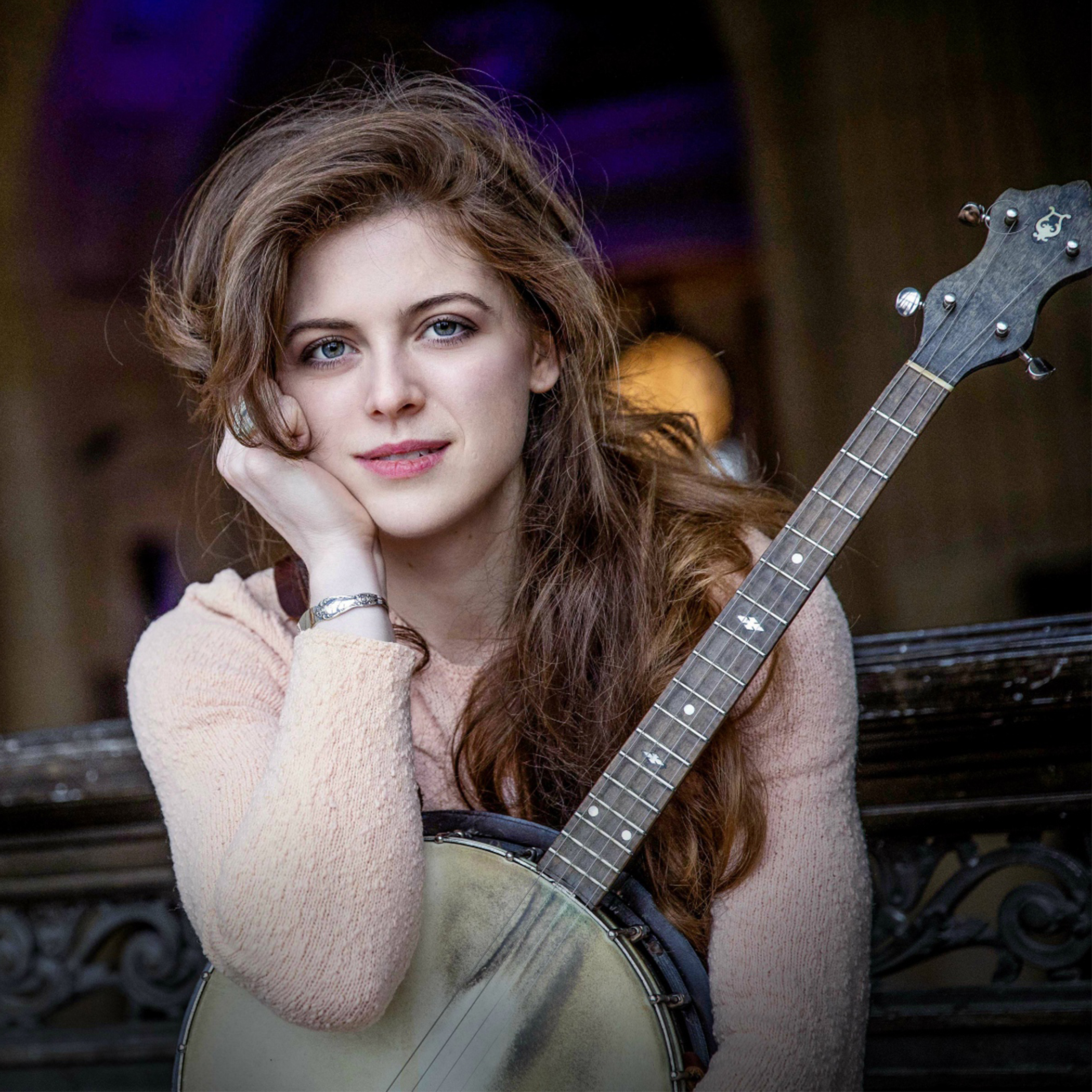 Steeped in the musical traditions of her native Memphis, the turmoil of 2020 has paradoxically been a creative godsend to Kelly Hunt, a rising singer-songwriter and banjo player in the folk music world, poised to launch her second album, Ozark Symphony, with collaborators Staś Heaney and producer Dirk Powell.  We sat down with Kelly recently to learn more about the inspiration for the new album and her work.

What drove you to become a professional banjo player and singer, after what you describe as a rambling path through a variety of careers?

I grew up around music and the arts, so it was a constant even when it wasn’t a focus.  My mother studied opera and my dad, a fifth generation Texan, played saxophone; I also imbibed a lot of jazz and country blues from my hometown Memphis.  I had been writing music and poetry since my adolescence.  It was always a strong part of my sense of self, but a very private thing.  I tried to run away but I just couldn’t ignore it after a certain point, music just bubbled up.  Temporarily unemployed and back in Memphis, I had an impulse to perform my songs for more than just my four walls.  So, I decided to do an open mic.  It was terrifying; I couldn’t open my eyes… but ultimately, it was harder for me not to do it than it was to do it.  I continued open mics and gigs when I moved to Kansas City, then I recorded a demo, and, over a period of three years, writing music every day during my spare moments and waiting tables to pay the bills, I finally had enough songs to think about making an album.

May 2019 indeed saw the release and success of your debut album ‘Even the Sparrow’ which was nominated for The International Folk Music Awards “2019 Album of the Year”.  Tell me about it.

Making the album really was an education in itself.  It’s a different skill set.  You are now having to learn about sound engineering and about which microphone is a fit for your voice, and about everything that happens post-production too, mixing and matching.  As for the album itself, I put a lot of thought into finding a narrative thread – how do I choose which songs belong together?  It's an almost mysterious process, like fitting puzzle pieces together.  It ultimately became a reflection on home and being away from home and the sense of longing for something lost or something you’ve not yet had.  When I set out recording the album, I didn’t have well-developed aspirations of being a professional musician, but by the end I was committed. Still, the nomination came as a surprise; for me, it was just important to put together something that was true, something that reflected me.

The pandemic and lockdown of 2020 has unfortunately resulted in cancelled tours for you, including your first UK trip, but you still describe the year as a creative godsend, not least through the creation and recording of your upcoming album ‘Ozark Symphony’.  What’s special about this?  And why the Ozarks?

Were it not for the lockdown, we would have been covering a lot of surface area, but now, instead of grinding it out on the road, we’ve created a whole new work.  And I got the extraordinary opportunity to work with the legendary Dirk Powell, a musician-producer and leading expert on Appalachian and Cajun music – a unicorn in the musical industry, both engineer and artist.

I chose the title track, Ozark Symphony, to encompass the whole record because the Ozark mountain range is steeped in a very rich history of folk art and music, and yet a symphony suggests something more elevated or refined, more classical.  Those two words together really reflect me and my approach to music – the space I create from.  And I now drive through the Ozarks to get from Kansas City where I live to my native home in Memphis.

Another storyline has evolved with Longfellow’s epic poem Evangeline, A Tale of Acadie, which traces the journey of a woman searching for her beloved from Nova Scotia to Louisiana through the Ozarks.  There’s an extra layer of meaning here too, because the studio is right there on Bayou Teche, which is where the plot of Evangeline unfolds; sonically too, we worked in Bayou flavors.

Musician Mike Seeger once defined American folk music as ‘all the music that fits between the cracks.’ As someone who defines yourself as a folk/Americana singer-song writer and banjo player, is that your definition too?  And what is the resonance of that – both contemporary and historic – to you and to your audience of these forms?

I think it’s so true.  It’s like a mortar between all these different genres – Scotch-Irish ballads, African American influence through the banjo and jazz, and then the weird things – the cowboy yodel coming from the Swiss Alps.  I think folk music is like this wonderful hardy little mutt, from all these pure-bred creatures. I think it’s very reflective of America in general, an immigrant nation.  Deeply, it is our ‘roots music’.  And it’s very subjective in terms of what it means to people and that’s part of its beauty: I lean in an old-time Appalachian direction, looking at where we have come from, but I also am forward-leaning, reflecting on where we want to go and exploring the tensions between past, present and future.

On the future of the LP 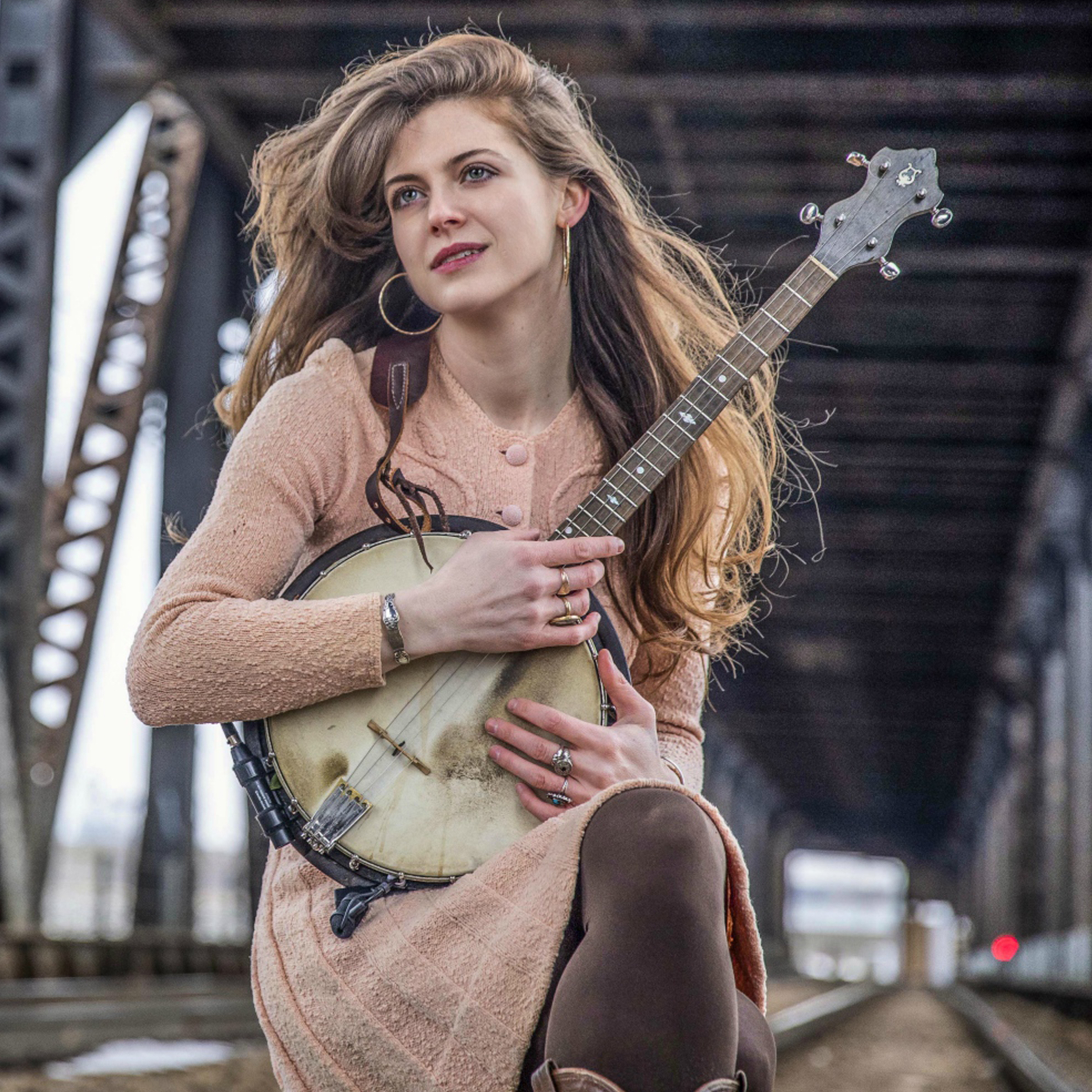 Does the full-length album still have a place in the era of changed streaming practices which favor singles?

There is a place for both.  There is definitely a shift towards a steady diet of releasing singles constantly, but if that’s the only way we consume music, we create a monster.  It’s very antithetical to the way I work and think about music.  The way I see it is, an album is like a chapter book – an opportunity to narrate in a prolonged way. The songs are carefully put together to live together.