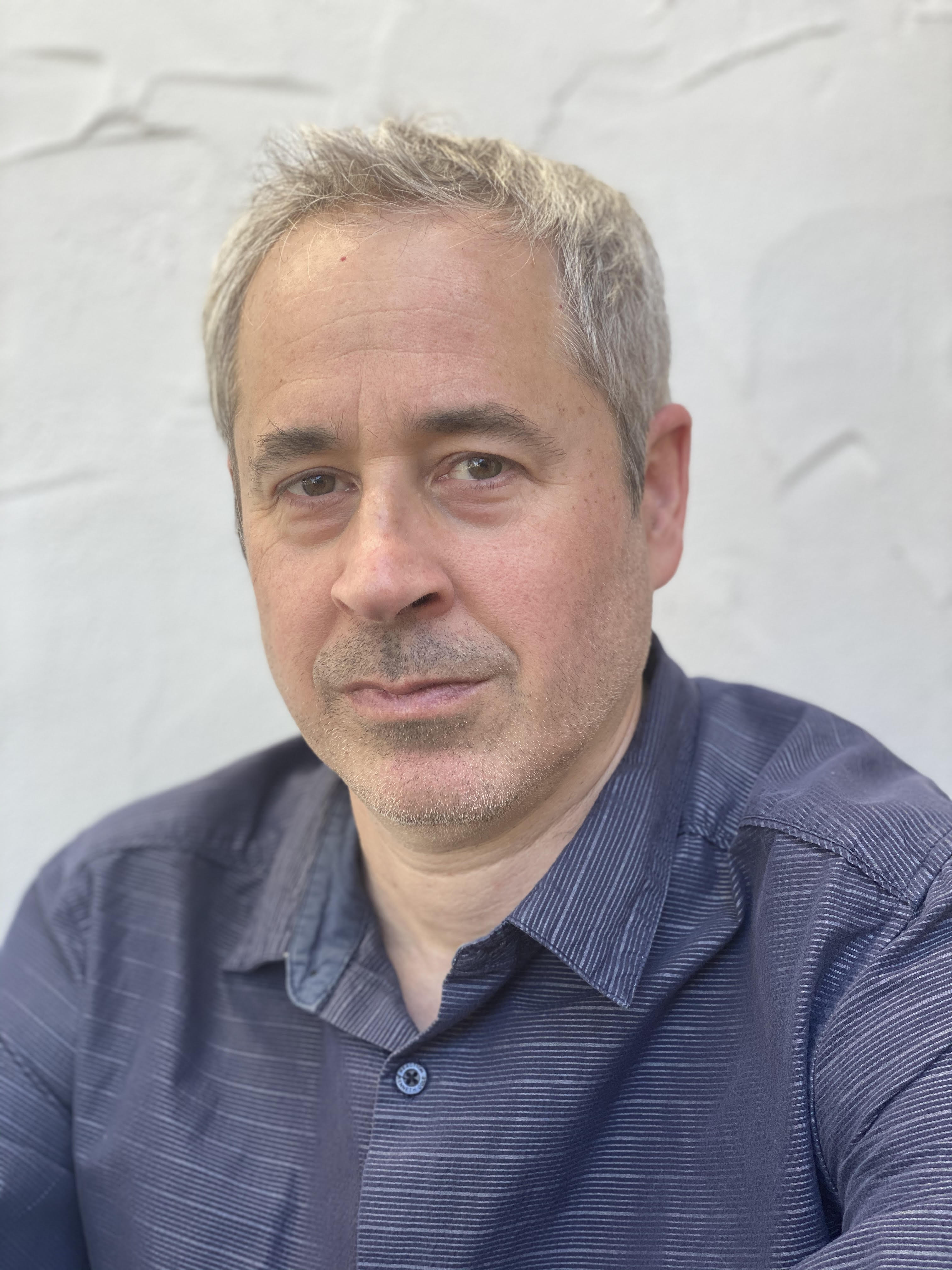 Assembly Design’s Evan Jones has helped to design, create and submerge a series of fiberglass panels that replicate natural marine habitats in the San Francisco Bay. The project, an initiative of the California College of the Arts’ Architectural Ecologies Lab, has revived a breeding ground for native oysters and other sea organisms in the northern waterfront of San Francisco’s Presidio.

How did this project come about?

It came through a regional challenge we [Jones, along with his wife and business partner Margaret Ikeda] were part of along with fellow CCA professor Adam Marcus.  There was an international, Rockefeller-funded foundation looking at the entire San Francisco Bay, and ten teams were selected to examine different regions of the Bay in terms of resilience from rising sea levels and related issues.  We were part of one of those teams -- called Public Sediment.

The Bay is notoriously filled and compromised.  It’s actually one of the most invaded bays in the world in terms of species and their habitat.  There was a group of biologists at the Presidio Trust working to expand the marsh at the northern waterfront of the Presidio.  Since they had to go underneath a road, and there was going to be this long culvert, we saw an opportunity to bridge that gap in terms of habitat -- creating these kinds of reefs within that culvert.  We set out to see what forms would work. And now we are about ready to put in the final panel, and that will open probably in the next few months.

Who was responsible for testing and ultimately coming up with the design of those panels?

We have an expert fabricator (Bill Kreyesler) and marine biologists (from Benthic Lab in Moss Landing) as collaborators.  We have a floating habitat prototype called the FloatLab currently deployed in the Port of Oakland to test these surfaces.  The idea is that if you’re going to float something in the water, you’re going to want amphibious structures that aren’t going to get overtopped by a storm surge – it’s going to be an underwater façade for animals.  Using the capabilities of digital fabrication, we designed a number of contoured surfaces which the fabricator produced, and the biologist tested. Based on test results, we would push the height here or push a contour there.  And the fabricator might push back to say, well, if you do it this way, it can be more efficient, and otherwise it may be too difficult and too expensive.  So, we brought a design point of view, and shepherded a resolution of these approaches.

Are the panels fixed in place?

We actually created a modular system where you can switch them out. It became like an experimental surface where you can test habitats along a seawall.  You can go in there and try different materials out, try different shapes out.  There was an evolution.  Some panels are going to have a cavernous reef quality.  So, it's a final design but it's also something that's adaptable.

How many panels are installed in the Presidio right now?

We were able to get 32 panels, with about four variations, having different holes in them or having different peaks and valleys.  The biologist likes to have consistency, but also the ability to test different variations to answer different questions: Do oysters need a lot of light?  How do different patterns create different water flows behind the panels?  And what types of surfaces will native species prefer.

Do you feel like the approaches that you’ve come up with in this project could now be adapted for other projects, in other environments?

Yes.  While there are a number of projects focusing on sea level rise resiliency, they all approach the issue as just an engineering problem.  And it really should be thought of more as a design problem. Instead of just continuing to build up seawalls, during that building process, we should focus on ways we can create other habitats, other surfaces, other environments that could help dissipate waves.  We're really interested in finding ways of using new technologies and new approaches to systemically think about which animals could live on these new artificial surfaces.

There are a few people working in this realm, but it's really just a handful.  It's an emerging discipline that combines design, civil engineering as well as ecological restoration.  These three forces have been working within their own separate grounds.  But when you think about solving environmental crises like sea level change, habitat loss, pollution -- these systemic issues -- you really have to leverage a lot of disciplines and have them share information and come up with a singular solution.

Can you actually deploy something along a hard edge that has the kind of complexity and habitat potential of a marsh? 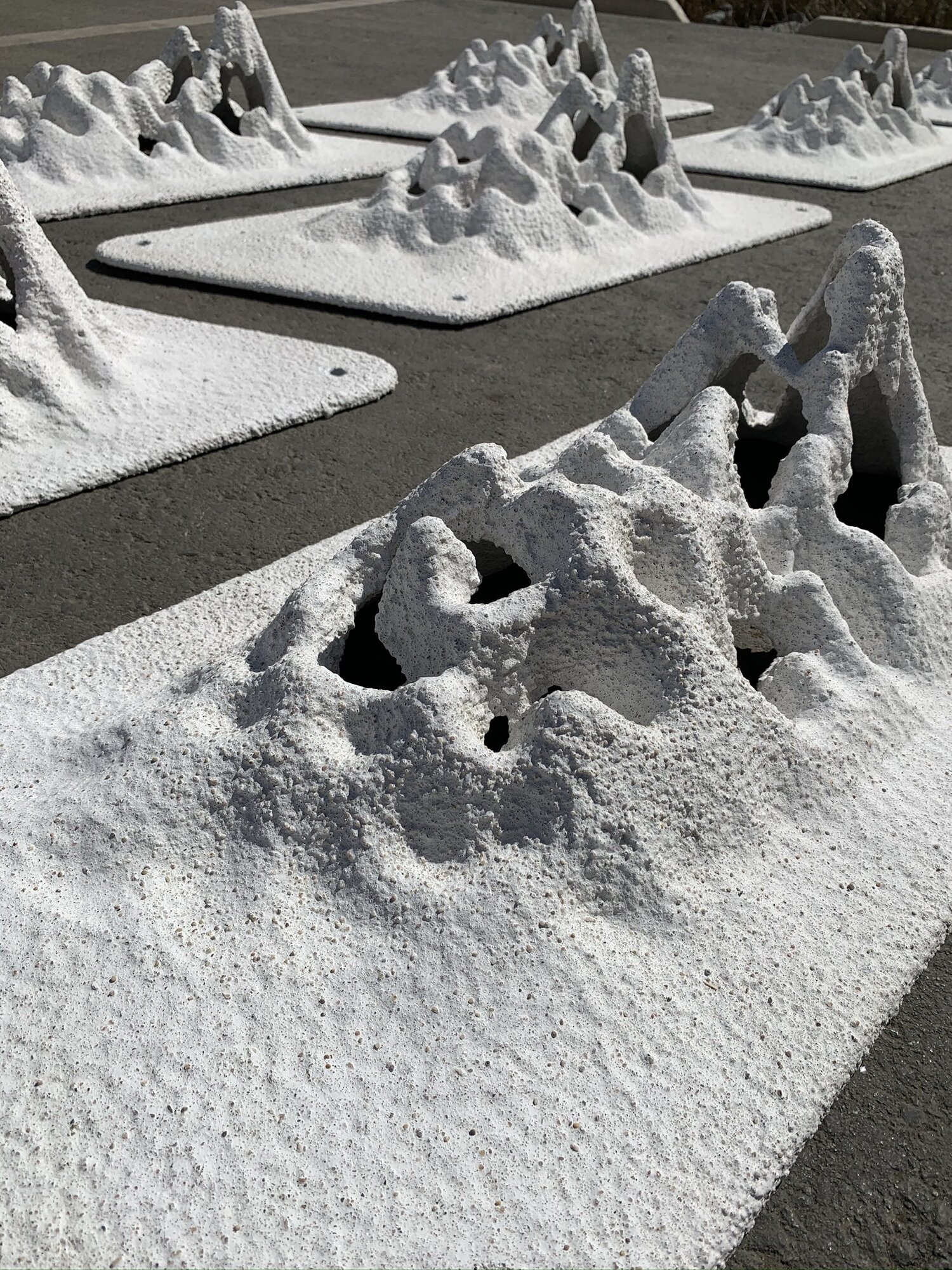 Once prevalent in the San Francisco Bay, Olympia oysters had all but disappeared by the 1860s due to over-harvesting and sediment buildup from Gold Rush-era mining.  Oyster larvae have actually been present in the Bay but have lacked the habitat to latch onto and grow.  While a delicacy, oysters also form an essential part of the ecosystem and help filter the Bay’s water.