Unlocking the Mysteries of Movement Disorders

Lahey Hospital’s Diana Apetauerova is caring for an underserved population of patients with progressive supranuclear palsy (PSP) and contributing to the research on this rare disease. 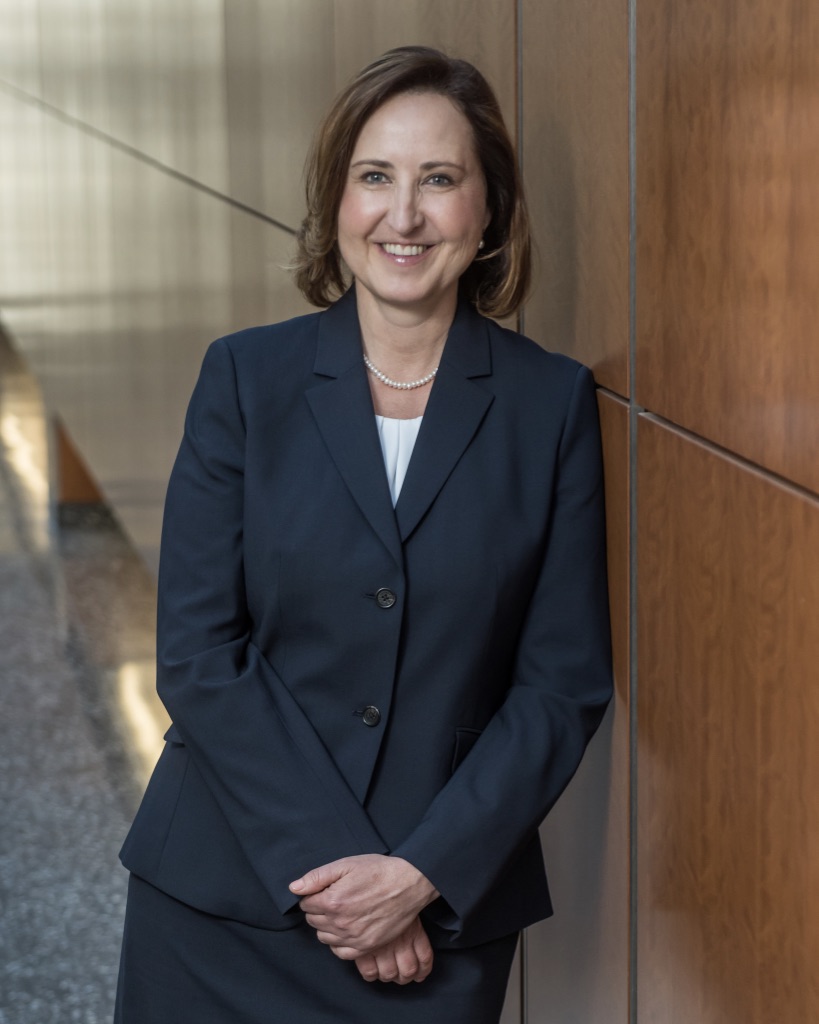 Diana Apetauerova, M.D. is Director of the Movement Disorders Clinic in the division of Neurology at Lahey Hospital and Medical Center in Burlington, MA, having been hired in 2002 to build that program.  Her team is active in treating patients with complex movement disorders with diagnoses such as Parkinson’s disease, parkinsonian syndromes, tremors and dystonia; they also perform deep brain stimulation surgery.  Dr. Apetauerova is also involved in research, serving as Director of Neurology Research for the division of Neurology, and in educating clinicians and researchers in the field, as Associate Professor of Neurology at Tufts Medical School.

WHAT LED TO YOUR FOCUS ON MOVEMENT DISORDERS?

My passion for movement disorders goes back to my early days in my home country, the Czech Republic.  Movement disorders were a relatively new subspecialty of neurology when I began practice.  There was very little understanding about the etiology of either flailing involuntary movements or limitation of movements.  The basal ganglia, a part of the brain, and its function in controlling our movement fascinated me.  After coming to Boston, my passion was further influenced by being involved in surgeries for patients with Parkinson’s disease at Massachusetts General Hospital.  During my residency and fellowship at Beth Israel Deaconess Medical Center, with which Lahey has recently merged, I had the honor to work with outstanding mentors who inspired my clinical and research endeavors.

TELL US ABOUT PSP.  HOW IS IT DIFFERENT FROM PARKINSON'S?

PSP, or progressive supranuclear palsy, is a rare neurodegenerative condition resembling Parkinson’s disease in slowness of movements and stiffness.  However, it differs from Parkinson’s in that the disease progresses rapidly and there are no good treatment options at present.  In contrast to Parkinson’s disease, patients with PSP have difficulties early in the disease process with walking and unexplained falls, speech and swallowing difficulties, blurry vision, cognitive issues and later dementia.  Both diseases are caused by accumulation of a protein in the brain: alpha synuclein in Parkinson’s, tau in PSP.

YOUR TEAM WAS RECENTLY RECOGNIZED BY CURE PSP, A NATIONAL NON-PROFIT ORGANIZATION, WITH ITS “INSPIRATION AND INNOVATION" AWARD.  TELL US MORE ABOUT THE WORK THEY HONORED.

I started working on PSP research two decades ago with a home grown study which grew to a multi-center research project, looking at the effect of Coenzyme Q10 in treating PSP.  My observation of the unique nature of my patients’ needs prompted me to build a team of specialists who understand the specifics of PSP.  This project has now grown into a multidisciplinary clinic where patients are seen in one day by a team of experts and leave with a detailed and coordinated treatment plan.  Our center was initially recognized as a Center of Excellence in PSP by CurePSP, the leading organization for PSP and other neurodegenerative diseases.  We are now honored to see our clinical and research activities recognized with this prestigious award.

WHAT ARE SOME OF THE NEAR-TERM AND LONGER-TERM GOALS OF THIS WORK?

Due to the COVID-19 pandemic, we switched from an in-person model for the PSP multidisciplinary clinics to a telemedicine model allowing us to bring care directly to patients’ homes.  We are looking at ways to improve this process, innovate with telehealth, and combine the model with our previously in-person-only practice.  Our long-term goals are to continue providing exceptional care to this unique patient population, expanding research, and improving awareness of this disease.

WHAT ARE SOME OF THE CHALLENGES TO REAL BREAKTHROUGH RESEARCH IN YOUR FIELD?

PSP is a rare disorder.  About 20,000 Americans have PSP, in contrast to the more than one million individuals with Parkinson’s disease.  PSP can be very difficult to diagnose early, as symptoms are non-specific and biomarkers are lacking.  Once we learn how to diagnose PSP in its early stages, we can hope for significant improvement in treatment modalities by applying new therapies and allowing them to work before significant clinical deterioration occurs.

WHAT’S NEXT IN YOUR WORK?  WHAT ARE SOME OF THE NEW RESEARCH INITIATIVES YOU ARE CONSIDERING?

I would love to explore the microbiome in PSP. The microbiome, which is the whole environment of the body’s bacteria, fungi, viruses and other microbes, plays an important role in neurodegenerative disorders.  We are only just beginning to understand the importance of gut bacteria in modulating neuronal function, plasticity and behavior.  We have some knowledge about how the microbiome affects Parkinson’s disease and Alzheimer’s disease, but very little is known about the microbiome in PSP.  This potentially could be used as an early biomarker for diagnosis.

I’m a graduate of Charles University and started the collaboration between Lahey and Charles University about 20 years ago.  I have organized five Czech-American Medical Conferences in the past 10 years, bringing together top experts from both countries to share and enhance medical knowledge as well as enjoy the beauty of the oldest Czech University, established in 1348.  I have also enjoyed teaching Czech medical students and residents. That work has led to recognition as a Visiting Clinical Professor.

I love what I do and believe my mission in life is to help and serve others in need, reduce suffering and ultimately give people hope. 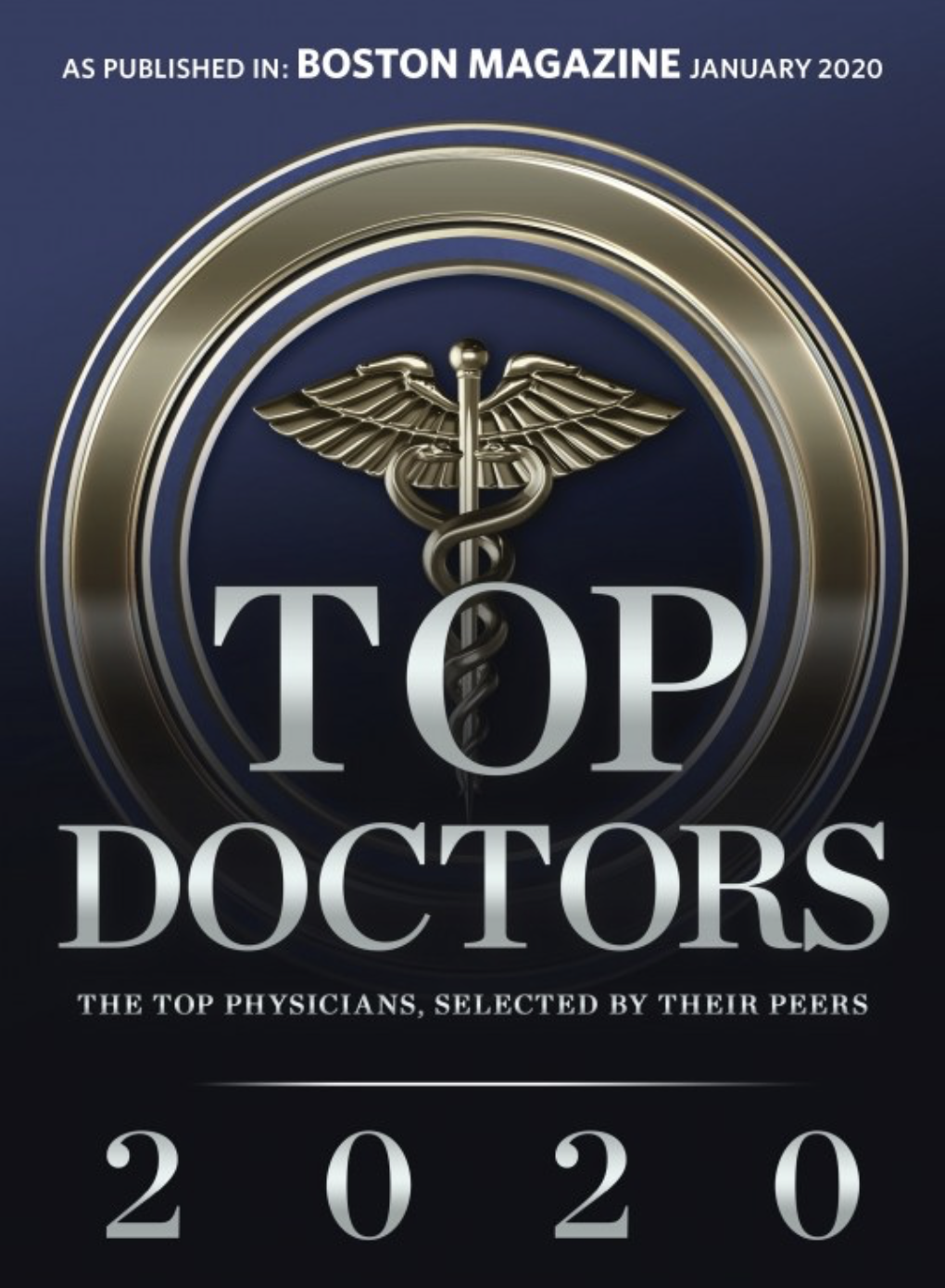 Diana Apertauerova, M.D. became the first female physician from Lahey’s Neurology Department to be recognized by Boston Magazine’s annual “Top Doctors” survey and has continued to be recognized for the past several years.