Principal Post founder and publisher Bruce Taub talks about the inspiration for this new media platform and his personal experience with the effects of irresponsible reporting. 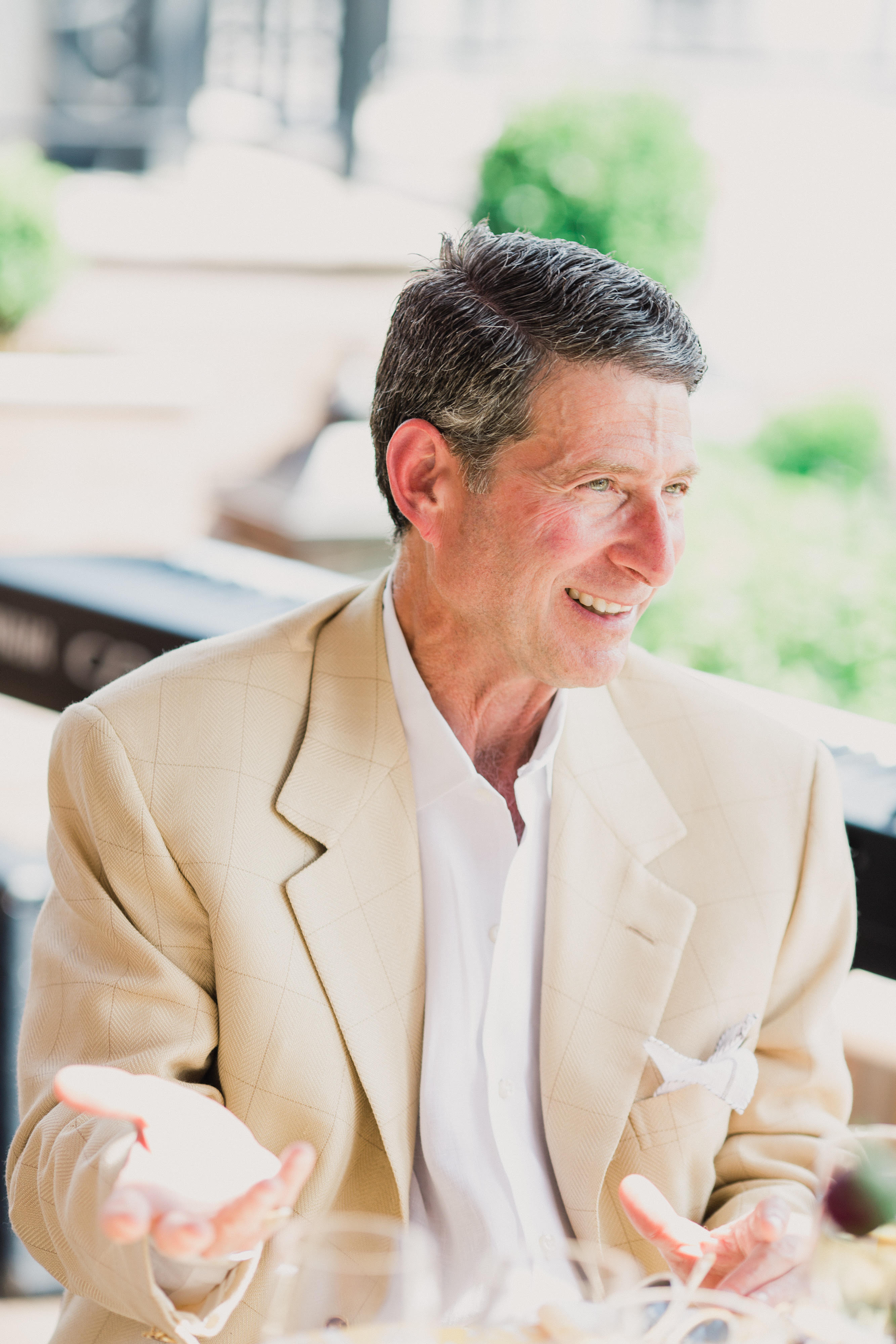 HOW DID YOU FIRST CONCEIVE OF THE PRINCIPAL POST?

I wanted to create a safe place where people like me, who had been unfairly treated in the press, could tell their side of the story with authority. Since then, we’ve expanded the platform to consider a wide range of self-authored stories.

WHAT DO YOU BELIEVE CONSTITUTES UNFAIR PRESS TREATMENT?‍

If what’s written is untrue or defamatory. But also, if the story is misleading, or inappropriate in light of other relevant facts and circumstances available to the author. And if the reputational harm suffered by the subject far outweighs the value of the story, if any, to the general public.

OR MAYBE JUST THE VALUE TO ITS INTENDED READERS, IF THE PUBLICATION CATERS TO A SPECIFIC INTEREST?

I’m not sure that’s right. Maybe before everything became available online, but not today. What now passes for news needs to be written with the understanding that it could be read by anyone on the planet, at any time. The story written about me was picked up by the Maine Antique Dealer’s Digest. That’s pretty obscure, but people still read it who had no particular interest in that publication on its own.

TELL US ABOUT THAT STORY.‍

Sure. It’s ancient history, but still very relevant to the problem The Principal Post seeks to address. Seventeen years ago, I founded Fernwood Art Investments, a company focused on the investment attributes of fine art. It was a good idea that ultimately failed to gain traction after three years of focused effort. When we were forced to close our doors, in 2006, a handful of unhappy investors sued the company and me in hopes of getting their money back. That’s not at all uncommon when start-ups fail. As it turned out, the real problem wasn’t the suit, it was the reporting. Or more specifically, a single report, by an art industry newsletter, with the sensational headline: “$8M Embezzlement Suit Targets Fernwood CEO.” The article went on to state that backers of the company had filed a lawsuit charging me with embezzling $8 million in company funds - which is to say, every penny we raised and ever had.

THAT’S AN UGLY STORY, CERTAINLY. WHAT MAKES IT UNFAIR?

Where to begin? The headline was the worst of it, since it’s factually untrue, highly inflammatory and the only thing that many people ever read. It wasn’t an $8 million suit; it was for $1.6 million. And there was absolutely no basis for calling it an “embezzlement” suit. That word would not be found anywhere in the suit; it was the reporter’s own. In fact, there’s no such thing as an embezzlement suit. Embezzlement isn’t a civil matter, it’s a felony, subject to state or federal prosecution. The civil counterpart to embezzlement is called “conversion” and there were no conversion claims in the suit, either. Clearly, the reporter had the formal complaint available to him, since he quoted from it selectively. So, he should have known better.

HEADLINES ARE TYPICALLY WRITTEN AFTER THE STORY IS SUBMITTED, BY AN EDITOR. ISN’T SOME LATITUDE ALLOWED, TO CHARACTERIZE THE STORY FOR THE READER?

No. Not if the headline says or implies something untrue. But the problems with this article only begin with the headline. The story lead didn’t merely “characterize,” it actually stated, straight out, that I had been charged with embezzling $8 million in company funds. That was a spectacular fabrication and shamefully irresponsible. There was not a single claim in the suit to support that statement. And again, civil litigants don’t charge people with anything, that’s what prosecutors do. Just to be clear, neither the company nor I were ever the subject of any criminal inquiry, investigation or proceeding.

THERE MUST HAVE BEEN SOME IMPETUS FOR THAT STATEMENT.

I can only speculate. The complaint was chock full of vague and unsubstantiated claims, hyperbole and innuendo. It was artfully written to raise the specter of impropriety without actually supporting that impression with any specifics. That’s pretty typical of lawsuits and I suppose the reporter fell for it. It said things like “as fast as the money came in, Taub spent it.” Sounds awful, right? What that really says is, we paid our bills as soon as we could.

WHAT ABOUT THE REST OF THE STORY?

It hardly matters, after the damage done in the first thirty words. I disagree with much of what follows and it’s not at all balanced. It fails to reference any of the claims made in the formal complaint that would have given the reader good reasons to doubt the legitimacy of the suit itself, like our substantial operating costs. If the reporter had considered these, or any of the previously published articles about the size of the company and the scope of our work, including our staff, our offices, our research, our products – all the things the money we raised actually paid for - he would have realized his own story could not possibly be true or fair.

TO SOME, THIS WILL SOUND LIKE JUST “HE SAID, SHE SAID.” WHY SHOULD YOUR SIDE OF THE STORY BE BELIEVED?

Because it’s impossible to refute. Anyone who wants to defend the story as published need only point to the page of the formal complaint on which the most egregious statements are actually written. Can’t be done. Really, it’s no more complicated than that.

WERE YOU INVITED TO PARTICIPATE IN THE STORY BEFORE IT WAS PUBLISHED?

Yes, and I was advised by my attorneys not to respond. Big mistake. Of course, we didn’t know what would be written and we reasoned that if the story was unflattering, it would be read by just a few and would blow over. It’s not like it was being reported by the [New York] Times or the [Wall Street] Journal or some other widely read paper that had written about me before. And it would have been, had there been anything to it. Had the story been at all credible, or newsworthy, some major paper would likely have picked it up and run with it. And we certainly didn’t foresee that the article would endure on the web and be read a dozen years later.

WHY DIDN’T YOU OBJECT TO THE ARTICLE RIGHT AFTER IT WAS PUBLISHED?

I never saw the print article and didn’t learn about the online version until many years later, in 2016. I had become chair of a Miami non-profit and their CEO told me about it just months into my tenure. Apparently, some donors had Googled me and it popped up. So, I contacted the publication and arranged a meeting with their senior editors to make the case for a retraction, or at least a correction. We had a good discussion – or so I thought – in which they acknowledged the obvious defects in the article, appeared receptive and committed to getting it right. Some promising follow-up emails and then they just stopped responding. Not much to do about it after that, since the statute of limitations for a defamation action is only one year in New York.

BUT YOU HAVE DONE SOMETHING ABOUT IT, RIGHT? THE PRINCIPAL POST IS YOUR RESPONSE?‍

Well, in a way it is. The Principal Post mission goes far beyond my own personal story and is now broader than the original idea of a safe place to set the record straight. We aim to give an authoritative voice to every deserving story, whatever it is, as long as we can get behind it after an objective review. Most everyone has a story to tell, and they can tell their legitimate story here with authority. I think that’s going to be a big help to a lot of folks.

The idea of investing in art is not a new one – it’s the oldest one.

At Fernwood we believe an investment in art is an investment in meaning, reflecting what is most enduring in the human spirit.  Our view is that the primary value in art should be considered in terms of the response it evokes in the viewer – emotional, personal and impossible to quantify... .We also recognize that art is valued in explicit financial terms each time the ownership of an individual work changes.  These values constitute a market that can be understood and managed to the potential benefit of investors....The idea of investing in art is not a new one – it’s the oldest one.  Since the age of antiquity, individuals of wealth have acquired and traded objects of beauty and inspiration.  What is new in our work is a level of efficiency, transparency and accessibility which makes art a viable asset class for those whose objectives are purely financial.  We plan to promote this new choice for sophisticated investors, and in the process, bring significant new capital to the art economy.