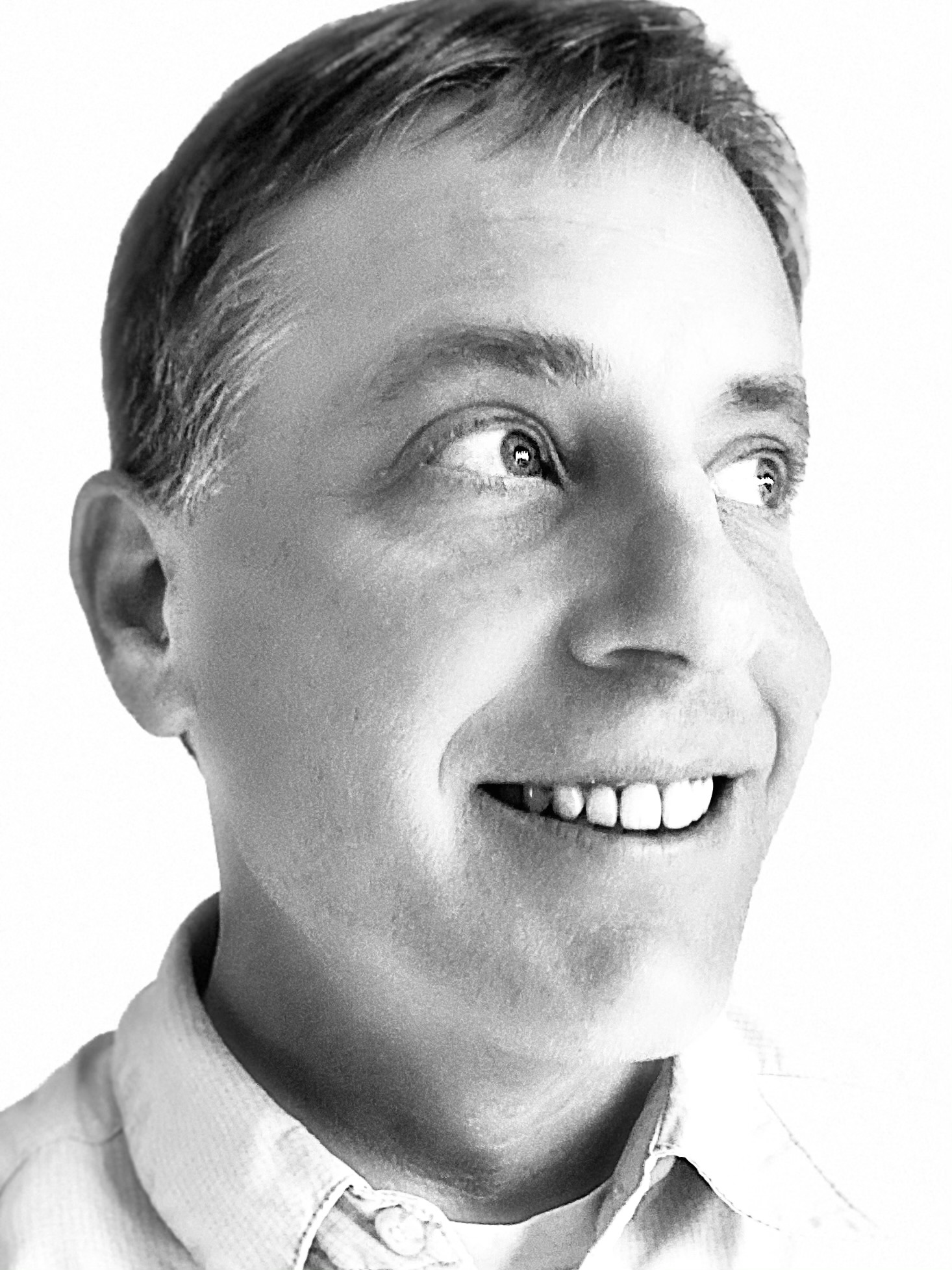 TELL ME ABOUT HUMANWIRE. WHAT WAS YOUR MOTIVATION AND WHAT WERE YOU HOPING TO ACCOMPLISH?

My son is half-Syrian and when we visited family in Lebanon, I was regularly struck by the growing number of displaced and traumatized Syrians in the country who were not allowed to work or go to school. While I knew I could use readily available tools like GoFundMe to create a campaign for a family in need, I also knew I could build a platform that would scale the idea for refugees who would never be found, matching them one-to-one with families who could help, and that’s what I did.

HOW LONG DID THE CHARITY OPERATE?

WHAT DID YOU ACCOMPLISH DURING THAT TIME?

Over the two years, Humanwire provided significant benefits to thousands of people fleeing from war. It started in Lebanon and quickly expanded with operations into Syria, Turkey, Jordan, Iraq, Greece, and Malaysia. Displaced people were provided with safety, food, housing, work opportunities, education, and even asylum.  Particularly gratifying was the simple connection that was made when two families from different worlds, becoming one, bonded from a shared empathy and compassion for human life.

IT SOUNDS LIKE YOU WERE DOING GOOD WORK AND DELIVERING ON YOUR MISSION. IN FACT, HUMANWIRE WAS DESCRIBED AS AN INTERNET SUCCESS. WHEN DID THINGS START TO GO WRONG?

Yes, we were doing good work, and a lot of it. Donations were coming in at a fast clip, as were the requests for assistance.  We ran things lean and by the middle of our second year, it became clear that our operational capacity was insufficient to support our activity. At the same time, we were experiencing delays in both receiving and distributing funds due to OFAC requirements [U.S. Treasury Department Office ofForeign Assets Control].  That caused the organization to become increasingly strapped for cash as the funding dedicated to specific beneficiary needs was often held up for weeks on end.  In many cases, when families had urgent needs, we allocated other cash available while waiting for the dedicated funds to clear.  We didn’t do as good a job as we should have in reflecting that strategy internally and, despite our best efforts, some promised relief was not made as quickly as we would have hoped.  Some intended beneficiaries and donors complained, understandably, and some of our staff on the ground grew increasingly concerned.  Ultimately, those complaints and concerns were brought to the attention of Boulder authorities.

AND LED TO YOUR ARREST.  WHAT WERE YOU CHARGED WITH?

I was arrested and charged with theft and charity fraud.  I was released the same day and then began discussions with the prosecutors.

AND YOU DENIED THOSE CHARGES?

Emphatically.  I didn’t receive any money to which I was not entitled and none from the money intended for our beneficiaries.  I did pay myself a modest salary from time to time, but whenever the organization needed it, I contributed funds that turned out to be more than I ever received.  This was eventually confirmed by an independent forensic accounting and the reason why the prosecutors dropped the theft charges.

THERE MUST HAVE BEEN SOMETHING BEHIND THE PROSECUTOR’S CASE?

I can see where, without the benefit of explanation, it would have looked to the prosecutor that money was missing.  They had a copy of some of our accounts, but not all of them. Notably, they didn’t initially have our Western Union account reflecting over $125,000 in transfers for beneficiaries.  So, I imagine they were originally wondering where that had gone.  And I’m not sure they initially captured the funds I contributed to or paid on behalf of the organization, just the money I received.  They also thought that because the website stated “100% of your donation will go to the beneficiary”, that no money would be available for operations. In fact, donors were given the opportunity to direct funds for operations in addition to funds for beneficiaries, and the vast majority did.  All of this was made clear by the forensic accounting, which of course, came months after my arrest.

AT ONE POINT, YOU TOLD A REPORTER THAT YOU HAD WITHDRAWN AS MUCH AS $80,000 TO COVER YOUR PERSONAL EXPENSES. IS THAT RIGHT?

Yes, that’s true, though I think that statement was taken out of context.  My partner and I regularly paid ourselves, just as we paid competitive salaries to our staff on the ground in the countries where we worked.  I was making the point to the reporter that $40,000 a year was a modest sum for my work running the charity.  But missing from the published story was the money I contributed or paid on the charity's behalf.  As founder and CEO of a start up, I understood that I might not make any money for years, if at all, and that I was responsible for everything, including keeping the organization afloat, so far as I could.

IT SEEMS LIKE THE FORENSIC ACCOUNTING SHOULD HAVE PUT AN END TO THE MATTER.

It did.  On the strength of our bank records and over two hundred pages of transactions accounting for every penny, the prosecutor agreed to drop the theft charges.  That left just the charity count, for which I offered a “no contest” plea in order to resolve the case as quickly as possible.

SOME MAY FEEL THAT A “NO CONTEST” PLEA IS JUST THE SAME AS A GUILTY PLEA.

That's right, and I knew that some would interpret it just that way. In fact, there is a difference, since a “no contest” plea doesn’t involve admitting guilt to anything, which plea arrangements often require.  The decision was an entirely practical one. I didn’t want to spend the significant time and legal fees required to fight for my position, I just wanted the matter resolved. The whole episode was terribly painful and terribly unfortunate and I was more than prepared to accept the deal in order to move on.  A year later, I returned to court a final time to withdraw my plea and the entire case was dismissed.

YOUR AGREEMENT INCLUDED A PAYMENT OF $27,000. WHO RECEIVED IT AND WHAT WAS IT FOR?

Out of, literally, thousands of donations, there were twenty-seven cases in which the money contributed didn't make it to the intended beneficiaries. In some cases, that was because about $17,000 had been withheld by Stripe [a contribution platform used by Humanwire] and weren't released until after our operations were suspended. In others, the money was used for other beneficiaries with urgent needs. I agreed those donations should be refunded. The released funds covered a substantial portion and I personally made up the difference.

IT SOUNDS LIKE YOU ACKNOWLEDGE SOME MISTAKES WERE MADE. LOOKING BACK, WHAT DO YOU REGRET AND WHAT WOULD YOU DO DIFFERENTLY IF YOU COULD?

Absolutely, I made mistakes.  I suppose the biggest ones are related to our governance and financial controls.  I knew what was going on, but in hindsight, I can see where my failure to establish adequate internal procedures led some to the conclusions resulting in my arrest.  So, I would handle that differently.  And I would do a better job communicating with all our stakeholders. Most of all, I wish I could have done more to address the needs of people who are displaced.  That’s my biggest regret.  Personally, I believe in a future with rockets to Mars, adequate response to global warming, and genuine social justice, but it's hard to imagine a more pressing problem on the planet than people fleeing fire and rockets aimed at them right now.  When I started Humanwire, there were an estimated 55 million people displaced on Earth. Now five years later there’s an estimated 80 million. I intended to help, and we did, but so much more is left to do.

I IMAGINE YOU’RE OTHERWISE HAPPY TO HAVE ALL THIS BEHIND YOU. WHAT ARE YOU LOOKING FORWARD TO NOW?

[Laughs] When the case was dismissed, I just wanted to retire to a chicken farm where my biggest problem would be more along the lines of a fox chasing after my chickens. But for better or worse, that feeling didn't last long. I’m still, in my heart, a social entrepreneur, with a strong desire to help others and to make a difference in creative ways.  Despite everything, I still see my life as a privilege and I'll continue to improve on the ways I pay it forward.